HAMPTON CITY SCHOOLS EVERY CHILD, EVERY DAY, WHATEVER IT TAKES!

Past 'Year in Review' 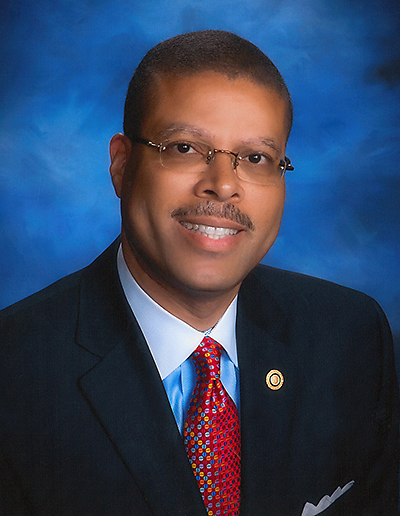 Dr. Smith firmly believes in the school division’s mission of ensuring academic excellence for every child, every day, whatever it takes. As such, over the past three years, he has co-chaired the Academies of Hampton’s operating and steering committees to transform the four high schools from five pocket academies to 16 wall-to-wall academies and from 18 to 41 offered career pathways. The Academies provide young people opportunities based on high demand, high wage jobs aligned with regional and state workforce data. He believes this transformation will ultimately prepare young people to be college, career and life ready. This important work was featured in the 2018 State of the Region report for Hampton Roads as The Next Generation of Learning in Hampton Roads, as well as The Center for American Progress as one of the four models working across the country.

Dr. Smith’s civic engagement is one of continued leadership. He strongly believes the school division has a greater impact when there are strong community partnerships. To this end, he is a member of the following boards: Sentara Healthcare, Smart Beginnings of the Virginia Peninsula, Virginia Air & Space Center, VersAbility Resources, C&F Bank, State Council of Higher Education for Virginia, and a member of the Region V GO Virginia Council. He served as the president of the Virginia Association of School Superintendents (VASS) from May 2018 to May 2019 and was the superintendent-in-charge for New Horizons Regional Education Centers from July 2017 to June 2019. Smith is a 2017-2018 graduate of the Civic Leadership Institute.

Dr. Smith served 12 years on the Board of Trustees for the Williamsburg Health Foundation with an endowment that exceeded $115 million. He served both as vice chairman and chairman of the Board of Trustees respectively. He has also served as president of the Rotary Club of West Point, and Chairman of the School-University Research Network (SURN) for the College of William and Mary.

Dr. Smith is married to the former Lorianne Samuel of Caroline County, a public school educator. They have two children, a daughter who is a graduate of Christopher Newport University and Eastern Virginia Medical School with a Master’s Degree in Public Health Policy and Management, and a son who is a graduate of Bridgewater College.